As a part of the Edinburgh Ocean Leaders programme, the Ocean Leaders take part in discussion events with high-level speakers talking on leadership through ocean challenges.

The concept of the Edinburgh Ocean Conversations is to invite a highly accomplished and senior leaders to meet with the Ocean Leaders, to offer reflections on some important current issues and opportunities for the oceans, and to engage in a discussion with the Ocean Leaders around this topic and their own leadership experiences. The meeting is hosted under Chatham House Rules. This format is to encourage open and frank discussion, including around topics that are potentially challenging or controversial.

Fanny Douvere heads the World Heritage Centre’s Marine Programme at UNESCO. Prior to her work at the World Heritage Centre, she co-initiated the Marine Spatial Planning (MSP) initative at UNESCO’s Intergovernmental Oceanographic Commission. Fanny has (co-) authored over 25 publications. She obtained her PhD degree in 2010 from the Ghent University in Belgium on the subject of Marine Spatial Planning and is an Honorary Professor at the University of Edinburgh. 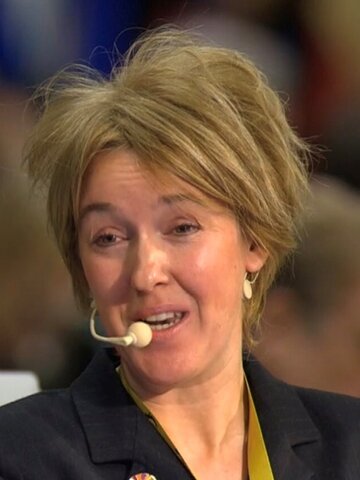 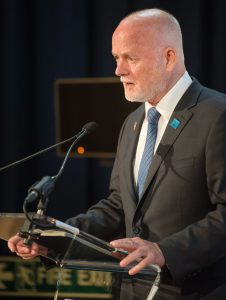 Theme: Driving positive change for the ocean and ocean communities through diplomacy and the UN

Peter Thomson of Fiji was appointed UN Secretary-General’s Special Envoy for the Ocean in October 2017 and was the president of the 71st session of the UN General Assembly. He served as Fiji’s permanent representative to the United Nations in New York since 2010. For the duration of 2013, he chaired the United Nations’ largest negotiating bloc, the Group of 77 and China. In 2014, he served as president of the executive board of the UN Development Programme/UN Population Fund/UN Office for Programme Support.

Theme: The future of energy and how this will impact the ocean

Tony Hayward trained as a geologist and joined BP n 1982 as a rig geologist in the North Sea after completing his PhD at the Univeristy of Edinburgh. He rose to become Chief Executive of BP from 2007-2010.  He is the former Chairman of Glencore and Founder of Genel Energy, International, the largest oil producer in the Kurdistan Region of Iraq.